Whether you are in Berlin for a weekend getaway or planning on moving here for work you will want to know the best of the best things to see and do. It makes sense right?

What's great about this amazing capital is that it is full of diversity, each district in Berlin is completely different to its neighbour around the corner and you are always in with a chance to discover something new with each step.

Of course, Berlin being  891.8 km² in size means that you won't be walking all of the time (unless you're Usain Bolt) so you will want to know all you can about getting around. That's simple, we have a handy guide just here before we dive in.

We all know that German public transport can't be bested. It is the most efficient, cost-effective and well organised public transport the world has ever seen. Which is great for you the weary traveller whose legs need a rest from the exploration of the capital.
You do have a choice, you can travel via bus, tram, S-Bahn or U-Bahn and taxi (the more expensive option of the 5).
Public transport tickets are valid for all forms of transport here in Berlin (Totes Amaze-Balls).
There are different zones you can travel from, depending on where it is you are starting out:

For both Types, you can buy a day, week or monthly card.

Now onto the fun stuff

For those who have explored the main attractions Berlin has to offer such as the:

​You might want to get off the beaten track, and what better way to that than to visit the Friedrichshain neighbourhood in East Berlin. You will be surrounded by flea markets, trendy shops, restaurants and bars.

It's a rather nice neighbourhood, one in which you will find yourself exploring for hours. 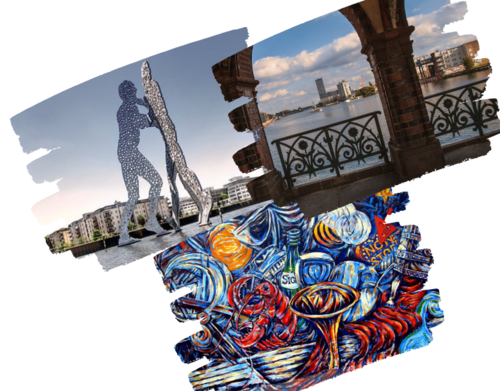 The locals know this as the ''Ku'Damm'' and it is a 2-mile long boulevard that would be perfect for your shopaholics out there. The Ku'Damm is the longest shopping street in Berlin, full of all the hip international brands and ranging from the pricey Prade and Gucci to the more affordable H&M and Zara.
The famous ''KaDeWe'' (Kaufhaus des Westens) department store is here. The KaDeWe has a rich history and today is one of the largest department stores in Europe! So whether it's milk and bread or kitting out the new apartment before you start your new job the Kurfürstendemm District has all you will possibly need. 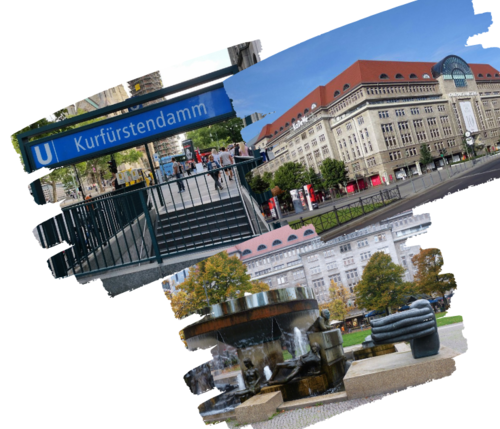 The Fernsehturm or more commonly known as the ''TV Tower'' is certainly a sight you should not overlook and it is well worth a visit. This is one of Berlin's most popular landmarks and it's not surprising. The Fernsehturm is 368 meters high, making this the second-highest building in the EU. It beats out the Spire in Dublin (121 meters), The Shard in London (306 meters) and Eiffel Tower in Paris (300 meters).

Just imagine the view from this tower, not afraid of heights are you? 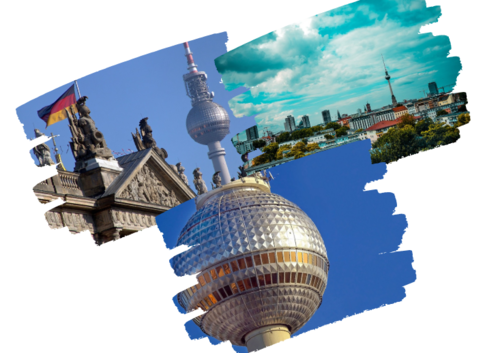 The Kulturbrauerei - Welcome the Night!

The day is spent and the night rolls in - where do you go? Simple, The Kulturbrauerei!
It is commonly known and used as a brewery but it is also home to a collection of great night clubs, cafés, restaurants, theatres and many more. There is something for everyone here - especially the party animal out there who wants to party into the wee hours of the morning as there is no official closing time. 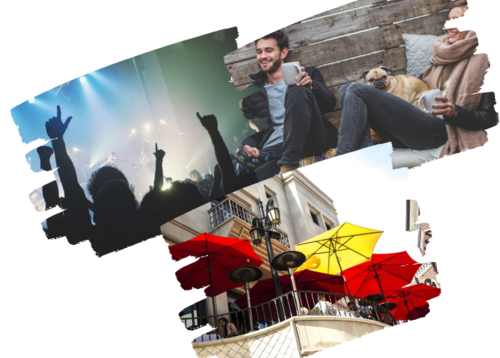 That's it folks -  Berlin's Top 5 Best Hotspots that we believe are worth a look. If you have fallen in love with this city as much as we have and want to make your stay a little more permanent - why not check out the jobs we have in Berlin now?